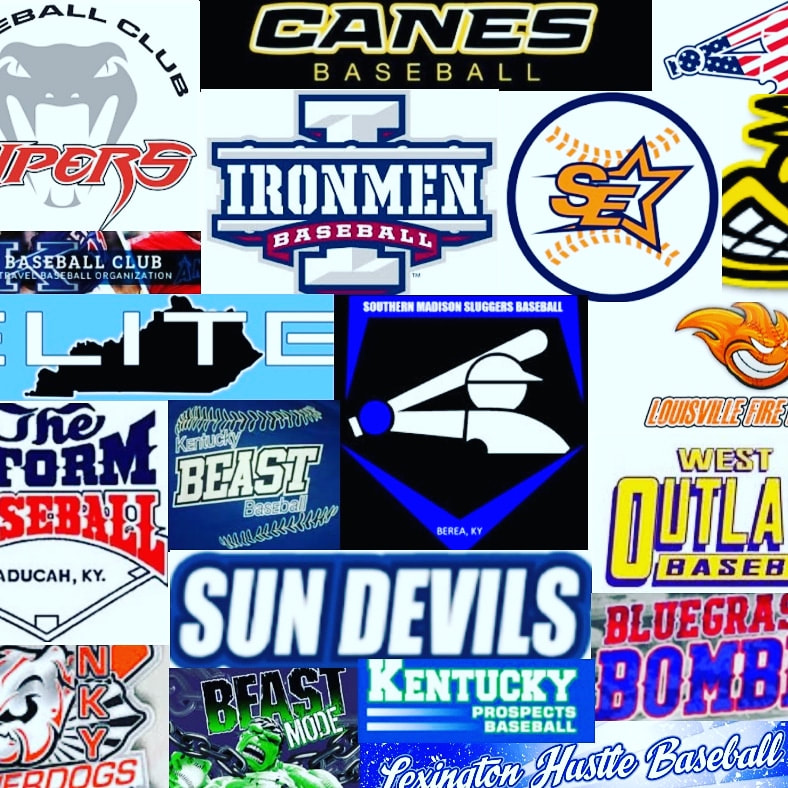 Kentucky has some elite baseball teams! Here is your travel guide for 2020. Looking for an extremely competitive tournament at the end of the year? We are coming to Georgetown, KY for the TBR Elite 20. If your team was mentioned in the guide, you are invited! Register Here
9u
As you know 9u is very difficult to rank, however, we do our best at TBR. These are more speculative, however, we have a good idea that Vipers, Louisville Sting, and the Blue Grass Bombers will be the top 3 teams in this age group. J Town Strike will be a top 5 team after winning the Machine Pitch State Championship. Louisville Hornets are coached by a former 1st round pick and should be very good. EKY Crusaders got one of the best pitchers int he state and should contend. The other tough teams are South East Lexington Crush, Kentucky Tribe, Ironmen, Canes Baseball, and Southern Madison sluggers. Expect several teams to emerge as contenders for 9u 2020. The cream will rise to the top in this age group.
10u
The top 4 in this age group are Vipers Baseball Club Floyd, Jtown Strike, Louisville Sting, and Blue Grass Bombers. Strike has added a top level middle infielder and pitcher and Louisville Sting lost 2 players from last year, but added two players that were playing up last year. We expect these teams to also compete on a National level. Teams that will compete for a top 5 spot are Kentucky Prospects-Yarbrough and Vipers Floyd who added a top level pitcher from the Louisville Sting. Lexington Hustle, Canes Baseball (Former Elite Baseball) and Louisville Fire will also have very strong teams in 2020. A couple dark horses for this age group is Southern KY Tribe and MC Fury.
11u
Vipers Black are at the top of the class in this age group finishing the season 54-10 with major wins over several top teams. The other two at the top of this age group are Ironmen and Southern Madison Sluggers. Both finished their seasons strong and were nationally ranked. Ironmen finished their season with a big tourney win in E-town. Southern Madison Sluggers also went up to Grand Park and won the championship of the highly competitive USSSA Global. We also expect Paducah storm, Beast Mode, and Jefferson Strike to be very good and compete for top 5 spots. Predators, Louisville storm, and Lexington Sox should also compete in the top 10. The dark horses for this age group are Canes Baseball, BC RoughNecks, and Louisville Expos.
12u
Atop this age group are the Louisville Sting, Paducah Storm, and Ironmen. All three may also compete at a national level. Southern Lexington All Stars, Louisville Fire, and Canes will also be forces to be reckoned with in this age group! Paducah Storm, Vipers Red, and Kentucky Rockers will also compete at a very high level. A few dark horses are Kentucky Prospects, Kentucky Mustangs, and Louisville Makos. This will be a fun age group to follow.
13u
Louisville Sting Yellow will be atop this age group and attempt to seek national recognition. A close #2 will be Predators Prime, which iis the former Louisville Sting Black team with the addition of three excellent players. We also expect the Champions team out of Lexington to make some noise. Vipers White took some former players from Vipers Red(dissolved) and should be excellent this year. The KY Oilers Will also be a top 10 team this year, with excellent players.Other teams that will battle for top spots are Canes Baseball(Formally Elite Baseball), Southern Madison Sluggers, Vipers White, and Lexington Hustle Baseball. West Kentucky Outlaws, Ironmen, and Ky Clutch will also compete at a high level. The dark horses for this age group are Kentucky Prospects and Vipers White.
14u
Three of the top teams in 14u will be The Legends, Sun Devils, KBC Prime, and KY Prospects. All three teams have improved and should compete at a very high level. KY Beast, Predators, Sting Yellow, and KY prospects should also compete for a top 5 spot. Diamond Legacy, WKY Outlaws and ELS Navy should also have very solid teams. A few dark horses for this age group are Bluegrass Bombers and Nights. This should be a highly competitive age group!
15u
This age group is when teams start to dissolve, showcase teams emerge, and High school baseball also becomes a huge factor. On top of this age group are KBC Prime and Legends National. Other top teams will be the NKY Riverdogs, KBC Blue and RBI Bulls. Competing for top 10 spots will be the Madison County Bombers, Vipers Red 15u, West Kentucky Outlaws, and Sundevils. This should be a fun age group to watch as many of these will be recruited by major colleges.