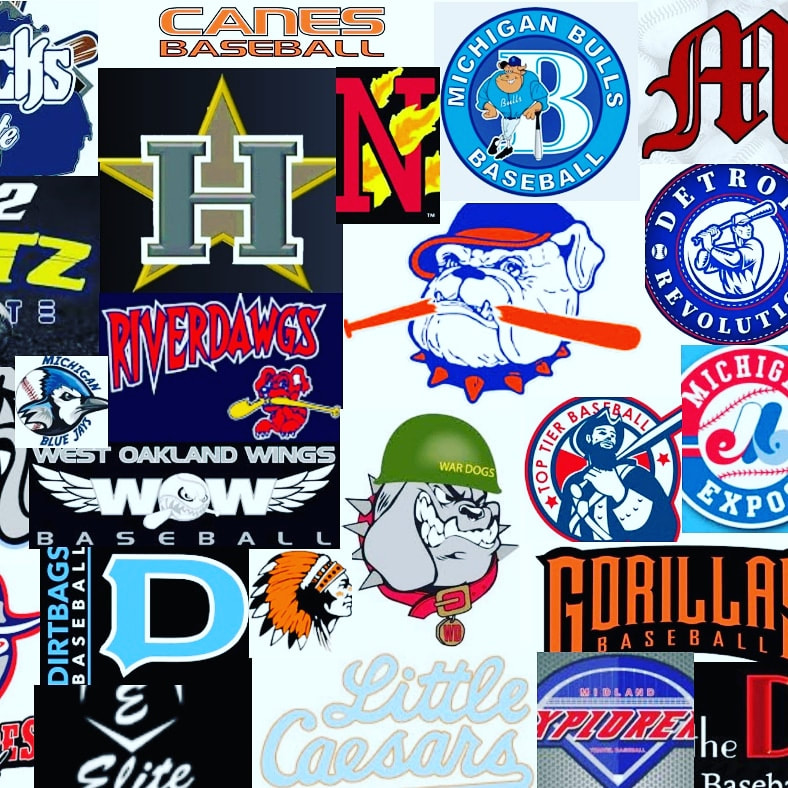 The only constant in travel baseball is that everything changes. This year there was a lot of movement. If you have anything to add we are all ears!
9u
This age group is very difficult to predict. Detroit Metro Stars, Motorcity Hit Dogs, Hawks Gold will be at the top for the 9u age group, however, a wild card has emerged. Canes Baseball will be very good, retaining a good portion of their Top Tier Team from last year. B45 Maroons Baseball, Bloomfield Sting, Saginaw Bay Riverdawgs, and Michigan Blue Jays should be able to ride their momentum from a strong 8u finish to have a strong 9u season.
10u
Lots of movement in this age group. No change on top with The Motor City Hit Dogs reigning supreme, however, they will have some teams pushing them. Former Jet Box Gold Newsted is now 3n2 Hitz Elite. Hawks gold added some very solid players(one of the Renegades best players)and added to a great team. The Great Lakes Renegades improved and should compete at high level again this year. Top Tier should also be very competitive with very solid players and coaching. 3n2 Hitz Black should also be very good, having acquired several players from top local teams like the JetBox Gold. A few dark horses are Dexter Legends, LCB Legends Black, and Novi Heat.
11u
Lots of movement,  the rich get richer. The Motor City Hit Dogs acquired the hardest throwing pitcher in Michigan from the Bulls and should be able to compete on a national level. Last year, teams 2-10 beat up on each other. Midland Explorers, Michigan Dawgs, Hawks Gold, Maroons, Storm, and Bulls all had epic match-ups in 2019. TaylorMade should be a solid team, which is comprised of 7-8 former Storm players, minus their catcher. Michigan Warriors will also be competitive comprised of former Bees/Storm players. The Bulls lost 2 very good players to the Hit Dogs, but gained one from Hawks Gold, they should also be top 5. The B45 Maroons lost a few, but gained two very good baseball players, they will be compete. Hawks Gold gained a couple solid players from the Maroons to add to their already top ranked team. It should be noted that the top three in USSSA majors last year were MCHD, Hawks, and Maroons. A few Dark horses for the age group are Detroit Revolution, 3n2 Hitz, Muckdogs, Rebels, Legacy Select, and Elite Aces.
12u
Top teams in this age group are Motor City Hit Dogs and West Oakland Wings. Dawgs, Novi Heat Gold won some huge games last year and so did DBacks Elite. 3n2 Hitz Elite Doddy had some key wins last year and should be very good again this year. The Saginaw Bay RiverDawgs and Motorcity Shamrocks should continue to be in the top 10. The B45 Maroons lost a very good pitcher, but with good coaching should be a very competitive team again. the dark horse teams for this age group are the Adrian DirtBags and Muskies.
13u
A lot of movement in this age group! On top of this age group are Hawks Gold and Michigan War Dogs. Several former Hit Dogs players went the D-Las Vegas, who will contend in the top 5. Rounding out the top 5 will be the Gorillas and the Michigan Dawgs who both acquired some great players. The Great Lakes Renegades will also be very competitive and has a lot of pitching.  This age group should be a fun one to follow this year. A few dark horse teams to watch out for are Dbacks Elite, Howell Highlanders, and Diamonds fury.
14u
The same old same old...Hawks Gold and MCHD on top of this age group. These teams will also compete on a national level! The Maroons are now the Kalamazoo Lumberkings who should also compete for the top spot. Around the Horn had a very solid year last year and will also be a top ranked team. Other top 10 teams to note are Michigan Expos, Little Caesars, and Saginaw Bay Riverdawgs. A few Dark Horse teams are Blue Jays, Bulls, and Detroit Metro Stars.
15u
Little Caesars...This team will be stacked, not only at a State Level, but at a national Level! Last year the Expos and Little Caesars were ranked 1-2 and LC picked up 5 of the Expos top players. The Motor City Hit Dogs will be close behind. Big news...Michigan Tigers Coached by Brandon Inge and Steve Avery will be another team to watch. It will be interesting to watch this organization develop! The Michigan Bulls and Diamonds will also be teams that will be highly competitive. Dark Horses are Michigan Blue Jays, Detroit Metro stars, and Midwest Athletics(2019 Shamrocks).