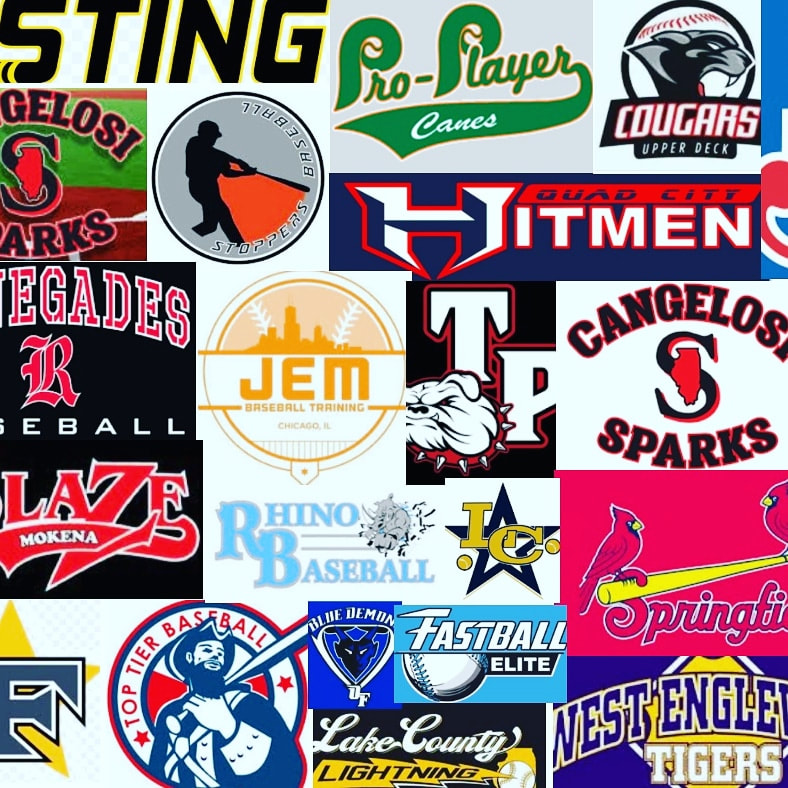 Illinois has a lot of talented players and teams. If you have anything you believe should be added to our team guide, let us know!
9u
As always the 9u teams are hard to predict, but at TBR we give it our best shot! We expect Upper Deck, Naperville, and Quad City Hitmen to be at this top of this age group. Stoppers Baseball Club is also poised to be an excellent team with most of their team returning from last year. We also expect Team Rhino, Springfield Cardinals, Kewanee A's, and Team Illini to be in the top 10 and compete. A few Dark Horses are Tinley Park, Plainfield Tornadoes, O'fallen Athletics, and St. Johns Tomahawks. The cream will rise to the top in this age group.
10u
In this age group there are very talented teams. The Quad City Hitmen, Naperville Renegades, and Upper Deck are poised to make a deep run, returning much of their excellent teams from last year. Springfield Cardinals, Central Illinois Force, and Rhino-Mcdonald should compete at a high level and be topped ranked teams in 2020. The dark horses in this age group might be the Horner Park Travelers , Champaign Dream, and Schamburg Flyers. This age group should be fun to watch.
11u
A plethora of talent at this age group. Leading the way are Pro Player Canes, Illinois Sting, and Upper Deck. Illinois Sting won the USSSA State tournament last year and will contend for the top spot in the State again this year. Pro-Player Canes has plenty of talent with excellent pitching and defense. They won the USSSA global in Indy last year. Upper Deck will continue to be a one of the toughest draws in this age group. Between these three it is a crap shoot that can only be determined on the field. Another team that will compete at a high level is Stoppers Baseball Club who has all kinds of talent and several good pitchers. They are built for a deep run in some major tournaments. JEM Baseball will be exciting to watch this year, as their team is built with speed, defense, and very athletic kids. Cangelosi Sparks will also be top 5, returning most of their players after a solid 2019 campaign. Some dark horse teams are Central Illinois Force, Barrington Broncos, Oak Park Eagles, Springfield Cardinals, and Lake County Lightening.
12u
This age group has unlimited potential! Top teams in this age group will be BNBA Renegades, Cangelosi Sparks Miller, and Naperville Renegades. The BNBA Renegades were USSSA State Champs last year. Cangelosi Sparks Miller were 2nd in USSSA States and Game Day National Champions and added a great pitcher from Morris Baseball(IN). Naperville Renegades won the USSSA Global World series and are built for a deep run. Upper Deck retained most players and should be very good again. Sparks Czyszczon added a pitcher that should be towards the top of their rotation. Lake County Lightning will also be in the top 5-10 with a very talented team. Some dark horses are Team Illini, Prairie Fire, Quad City Hitmen, and Springfield Cardinals.
13u
Think about this for minute. The number 1 team in this age group went in to hostile territory in Texas and took the #2 ranked team in the country(Alamo Drillers) to the brink, losing by 1 run. We are Talking about Cangelosi Sparks who will be ranked #1 in Illinois and are poised to compete on a national level. There are several teams that can compete though. Pro Player Canes will be very good again this year and will be competing for the top spot. Cangelosi Sparks Infelise will be a top team again this year. They Picked up three great ball players, won the Slumpbuster last year and had a solid finish in the Elite World Series. Stoppers Baseball Club has some unbelievable talent with great pitching/defense and a 3 hitter that is already being recruited by major colleges. Top Tier, Quad City Hitmen, and Morris Tomahawks will be in the top 10 again this year with some very talented teams. The dark horses in this age group are: 309 Elite Baseball, Midwest Mafia, SC Storm Chasers, and Minooka Rivercats.
14u
Atop this age group is Cangelosi Sparks Black. They will be tough to beat next year, returning most of their team from 2019, however, there are a few teams that will attempt to give them a run. West Englewood Tigers, Illinois Sting, Springfield Cardinals, and St. Joes Blues should all be top teams in 2020 and look to compete for the top spot. Mokena Blaze, Fast Ball Elite, and Quad Cities Hitmen will also be highly competitive. Some dark horses are Streator Legends, Top Tier, and Upper Deck Cougars.
15u
In this age group, players are being actively recruited by major colleges. We expect Pro Player Canes, Top Tier Americans, and Cangelosi Sparks to be at the top and compete at a very high level in 2020. Mokena Blaze, Upper Deck Cougars, and SC storm Chasers, and Quad City Hitmen Elite will be top 10 teams this year. The dark horses will be Team Illini, Chicago White Sox ACE, and Moline Blackhawks. This age group will be extremely entertaining to follow this year as many of these kids will be playing D1 ball in a few years.